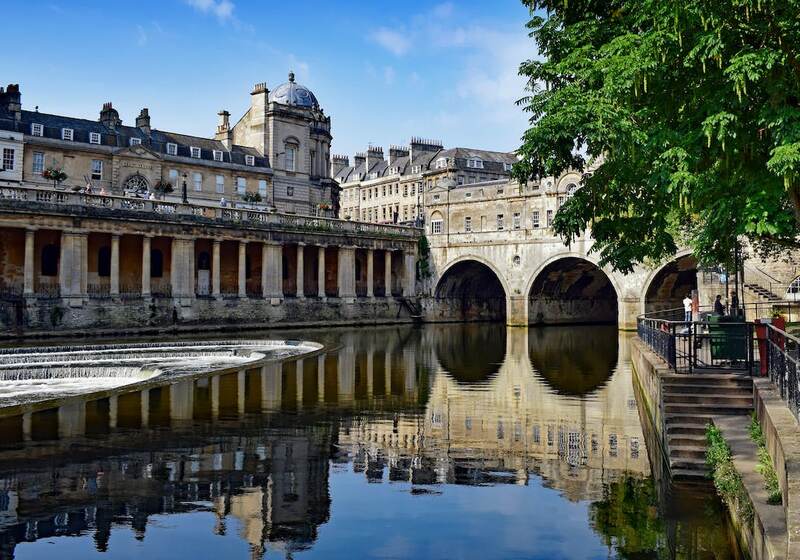 A Local Guide to Bathwick

A Local Guide to Bathwick

A stunning electoral ward in the city of Bath, Bathwick is home to some of the area’s most beautiful sights. It is part of the Bath Forum, one of the 40 historical hundreds in the county of Somerset.

A Brief History of Bathwick

Originally named ‘Wiche’ or ‘Wicke’, which is old English for ‘farmstead’, Bathwick later earned the ‘Bath’ prefix to distinguish the area from multiple others of the same name.

Bathwick first became a part of the Bath urban area during the development of the Pulteney estate in the 18th century. This era saw the building of the stunning Pulteney Bridge, designed by Robert Adam in a Palladian style and finished in 1774, after 20 years of construction. The bridge is a spectacular display, famously used in the scene of Javert’s suicide in the 2012 film version of Les Misérables.

Not long after this, various other Georgian streets were constructed such as Sydney Place, Great Pulteney Street, and Laura Place, with Bathwick Hill following up to Claverton Down and the University of Bath, each complete with the city’s trademark beautiful beige stone buildings.

Bathwick has remained a single estate from the days of William the Conqueror, who included the area among several West Country spots granted to Geoffrey, Bishop of Coutances, as recognition of his part in the Conquest.

Bathwick sits on the opposite bank of the River Avon to Bath’s city centre, towards the east. A heavily sought after area by residents and visitors, Bathwick offers stunning views of the city, overflowing with historically significant spots and culturally rich buildings.

Some excellent schools also sit in Bathwick such as King Edwards School, Prior Park, and Bathwick St Mary Church School.

Bathwick holds two stunning churches: St Mary the Virgin, and St John the Baptist. The former was constructed during the early 19th century by John Pinch the Elder. The well-known band Muse recorded the organ sections on their second studio album, Origin of Symmetry, within this church.

The former home of Jane Austen at 4 Sydney Place is a major Bathwick attraction, and can even be rented out for a sophisticated city break or party at the weekend. The building housed the Austen family from 1801 to 1804, and is allegedly where Jane wrote Northanger Abbey while gazing out of her window at the bustling Sydney Gardens below.

Bathwick’s Great Pulteney Street, one of Bath’s finest Georgian promenades, is also home to the Laura Place Fountain, a grand stone sight that sits in the middle of a quadrangle of residential streets.

Bathwick is home to the Holburne Museum of Art within the beautiful Sydney Gardens, the city’s very first public art gallery, with displays of decorative arts built around the collection of Sir William Holburne, including artists such as Gainsborough, Guardi, Stubbs, Ramsay, and Zoffany.

Overlooking the River Avon is the Bathwick Boatman, a cosy riverside restaurant converted from an old rowing clubhouse, offering a charming setting to enjoy a delicious dinner made from fresh, locally-sourced West Country produce. There is also the Barley Mow, one of Bath’s oldest traditional pubs, established in 1854, renowned for its live bluegrass and jazz music and extensive selection of local ales, craft beers, and world wines.

If you fancy a walk, there are the famous Bath Recreation Grounds where Bath Rugby play, with the central location making for an incredible atmosphere on match days. Other lush green spaces include the Bath Cricket Club Grounds, Henrietta Park and the Kennet & Avon canal which runs through the length of the area.